What do you wish you’d been taught? 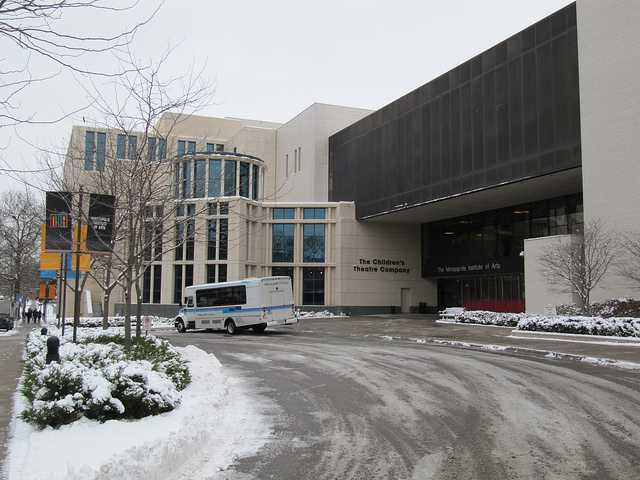 By Daisy
I came into CTC a bit wary. I hated JCD from the moment he first glared at me. I adored Don Fogelberg, though, so my radar certainly wasn’t honed. I also had a major crush on Jason McLean and enjoyed flirting with him backstage during The Nightingale. I thought I was special to him and never knew of his abuse of anyone. At that time, I only heard rumors about JCD and boys and only after the BCA swarmed our school, learned about Don Fogelberg. I never auditioned for a show because I was not allowed by my family to go into theatre and I knew it was a dream to be realized by others. I was never in the inner circle.
After graduation, believing Jason was an innocent victim, I visited him at his house. I remember when he kissed me, I pulled back, realizing I was not ready for a relationship with this “man” and I disappeared into my freshman year at the U of MN– A year later, the same thing happened and I pulled away again and then didn’t see him for nearly 10 years.
After college graduation, I moved to New Zealand where I was hired as a therapist working with survivors of sexual abuse. In my interview, when asked, I said I had been “sexually misused” still not understanding that a 36-year-old friend of the family raping me was “abuse” or “rape” or traumatic or driving any of my choices to understand what had happened. In that work, I learned a lot about recovery but not a thing about prevention.
Returning to Minnesota for graduate school, I focused on becoming the kind of teacher I wish I’d had. Strong, kind, fun, with boundaries, authentically intimate (i.e. knowing and seeing the other without abuse). In my first year, I ran into Jason again and, both adults, we dated for a few months. A dear childhood friend, Mark Peterson, who worked at The Loring, warned me about Jason but I didn’t hear him and Jason yelled at him in defense. Again, I thought, he was misunderstood.
My mother, a brilliant woman, remarked that Jason was a “charming Peter Pan” and I could tell she thought something was weird about him. “I just need to get dating him out of my system,” I told her. Here’s the important part — nothing bad happened. He was probably doing all sorts of terrible things behind my back but he was a very normal date.
I say this in the same breath that I say I believe every woman who has revealed his crimes. I know that he was/is all of that and more. I share my experience not in defense of Jason or to give another perspective. I share this to emphasize that we do a disservice to victims/survivors when we paint perpetrators as one-sided monsters rather than tell the truth – that they are wolves fully clothed in elaborate sheepskin suits. They baaa-baaa to everyone around, disarming the masses so they can prey on the chosen.
We must start educating children about grooming and sexual abuse. Not the guy in the white van who abducts you after asking for help finding a puppy (the actual content of one of the most popular curricula on this topic) but about the teacher, friend, family member, coach, youth leader, who takes the time to create the conditions for abuse.
If we don’t teach children about this, while simultaneously putting safeguards in place in communities with children, we miss out on empowering them to stop predation. Yes, of course, we wish we could teach people (mostly men) not to rape or abuse or groom but we are not blaming the victims when we arm them with information. No other crime is as predictable or has as much lead-up time.
Here is my question to you—What do you wish you’d been taught?
Over the years, I have taught what I wish I was taught—That there is a predictable grooming process. That adults who seem to want to be friends with you are suspect. Adults can be friendly but they should not need friendships with children or adolescents. That there are adults who find a way to have a non-sexual secret with you and you’ll feel special about that. That there are adults who will slowly, over the course of weeks, months, even years, sexualize the relationship until you aren’t sure what is OK. That sexual abuse might feel good physically because your body is working correctly. That adults who are good in many ways (helpful to neighbors, talented, accomplished, helpful to you, kind, giving, etc.) can be bad in this way.
That there are adults who will help you if you tell them what’s happening and you won’t be in trouble—but you might have to go to a few before you are heard…and that sucks.
I’m in the middle of creating useable content (perhaps a book, not sure yet) to push educational communities to teach teachers, parents, and students what they need to know to be proactive and preventative with regard to conditions that allow grooming that leads to sexual abuse.
Please share your thoughts on that question—What do you wish you’d been taught? –Or in any way, you could have been better prepared to see the forest and the wolf. (Again, yes, we should have adults around who see the dangerous conditions and recognize the wolves and do something but, time and again, this is not happening—Nassar, Sandusky…  I believe this in part due to the way childhood ignorance aids the process of grooming. Our ignorance, my ignorance, meant that I didn’t see the warning signs. I do not blame myself for that but I sure wish someone had taught me what to look for.